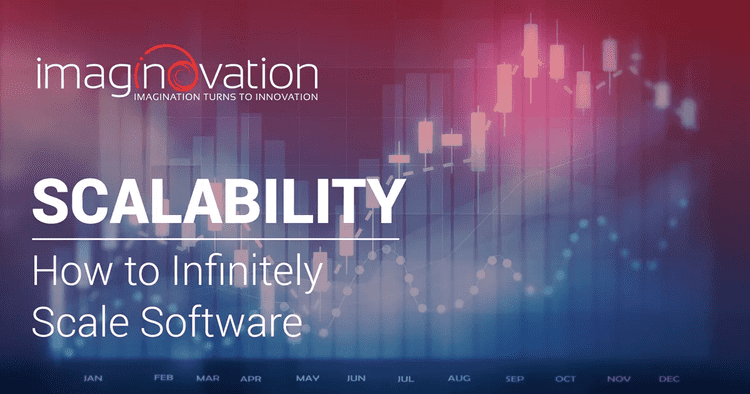 Your awesome web app or website is working so well that more people are using it. Now, it’s becoming slow. Users aren’t as happy with the service and therefore aren’t recommending it to others. If you want to keep growing, it’s time to scale.

Scalability is developing software that is capable of growing as needed, usually in terms of data and bandwidth. That is how many users access the system and how much data is moving through the system (in and/or out). Consider the typical scenario where a new application starts with a few thousand records and a handful of users accessing that data, then going to millions of records and hundreds of users within a few months. After a year, that number could be tens of millions of records and millions of users. Can your system handle the growth?

Perhaps use the famous Twitter scale problems and the challenges faced by IoT where instead of a million users over a few years of operations to millions of devices from day one (such as we had at Reveal). Every company needs to build applications with scale in mind.

If your service is slowing down, it’s probably time to scale. At Imaginovation, we follow scalable architecture design to build apps that scale as needed from day one. But if your program was not built with scaling in mind, you may find challenges when doing so. How you scale a program depends on what it does, what you’re trying to do, and how it was built. There are many approaches to scaling. The one you or your team chooses depends on the problem. So the first step is to find out what’s causing your application’s slow down. Once you figure that out, you can choose a method of scaling that addresses the specific problem. Selecting the wrong approach means adding unnecessary complexity.

At Imaginovation, we may use any of the following to scale your application:

You might also hear about vertical scaling. To scale vertically (at least in software terms) means to add more hardware. This might mean more RAM or more nodes. However, this is a Band-Aid, and we don’t rely on this method for our projects.

If you’re working on scaling your application, consider the following tips to expand your app efficiently:

If you need to build a scalable architecture, talk to our team about the best method.