7 Programming Languages that are the Foundation of Development 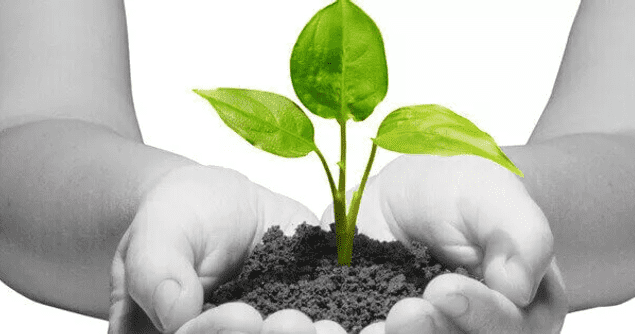 If you take a look at the Wikipedia page that has a List of Programming Languages, you will realize that it’s humanely impossible to become an expert at all of them. What’s more, this list isn’t exhaustive and there are more languages emerging on the scene regularly. So, as somebody who wants to become an expert developer and improve his career prospects, how do you pick a programming language that you believe will deliver on your expectations?

While there is no definitive answer to this question, and a lot hinges on the opportunities you get early on in your career, this article takes a look at 7 languages that all developers who are serious about programming must be able to use. Most people, who are actively using the internet, have heard about the Java. Not that they know what it is all about, but we wouldn’t be going overboard if we say, it’s one of the most popular programming languages; it holds first place in IEEE Spectrum’s list of most popular programming languages. Web developers have been using Java since the 1990s and today it’s being used to develop a string of products including enterprise software, mobile apps, games etc. This is one language that is the bulwark of development and all developers worth their salt are experts at it. It is a language that has evolved with the times and its latest version is Java 9, which is already making waves across the web development industry.

According to a survey by CodeEval, Python is the world’s most popular programming language, closely followed by Java. One of the many reasons why this language is so popular is that it is a dynamic, multi-purpose language that can be used for web programming, GUI programming and for plenty of other tasks as well. It is loved by developers because it allows faster prototyping, meaning development life cycle is quicker than what many other programming languages offer; this is a big benefit if you are looking for quick project turnaround times. Another article and another claimant for the top spot – A SitePoint article gives second spot to PHP as the best programming language to learn in 2014. On reason for its popularity amongst developers and also its growth is that it is an open source language. It is also really very easy to learn, a fact that has allowed developers to adopt its use with gusto. There is absolutely no doubt that if you want to be seen as a developer with comprehensive skillsets, you need to be an expert at PHP. This is a server side scripting language with a wealth of possibilities as a result of its full tool set. If you are looking to build dynamic web applications, PHP is one weapon that you cannot afford to ignore. This is typically the first programming language you will ever learn, if you are going about developing your programming skill sets in a step-by-step manner. It makes sense to start with C because it is a general purpose language that acts as the fundamental building block of other popular language like Java, JavaScript etc. If you are an expert at C, you will have no difficulty in learning languages that are based on C. This language is versatile, fast and has matured like old wine. As they say, well begun is half done, and with C you don’t just begin well, you actually begin the way you must begin if you are to ace programming. An article on Forbes says JavaScript is the most valuable programming language to know for the future. What makes JavaScript so special is that it is the only client-side language and runs in a browser. A developer doesn’t need to download software in order to use it. Its features have allowed it to play a mission critical role in developing games and extremely interactive applications. What’s more, an application developed using JavaScript can run on any and every browser. This makes it the darling of web developers worldwide. You will not be remiss if you say JavaScript is to the web what C is to programming.

Ruby is a programming language that helps develop web based applications and also powers the very popular web development framework called Ruby on Rails. Some of the top sites in the world have been built using the Ruby on Rails framework, which essentially is a huge mark in favor of Ruby. Ruby is a coming together of the best features of languages like Perl, Eiffel and Lisp. While the industry is still debating whether this language can stand the test of time, there is absolutely no doubt that currently, Ruby is a language that needs to be learnt and used. We can’t predict the future; the present bodes well for Ruby. So, learn it. Belonging to Microsoft’s family of programming languages, this one is a combination of the many wonderful features that Java brings to the table and also has the inherent reliability of C++. This language is used in software applications, especially the backend mechanism of web applications built using ASP.NET. C# also assumes importance when you are building Windows Phone applications. This is a popularly used language and developers with C# expertise have great career prospects.

If you’ve knowledge of all these languages, you will be well on your way to having a great career in programming. But even if you know some of them, and you know them well, you can still have a career that will take you places.