How to Design & Build IOT Devices: 5 Things to Consider Before You Start 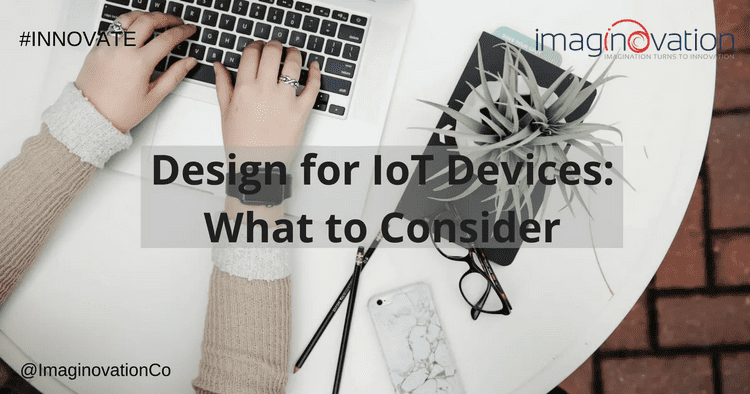 IoT devices are flooding the market. One might think the latest and greatest technology has been thought about from every angle, but some companies are so eager to put a product on the shelves, they are not stopping to consider all aspects of a good IoT device.

IoT is complex. Creators are thinking about security and the operation of the device itself, meaning the design of such devices is often an afterthought — or at least low on the list of priorities. Poorly designed IoT devices aren’t going to fly off the shelves as your company may hope. Instead, they will languish and may even end up on a list of aweful IoT things to buy someone for Christmas.

Aspects of Design to Starting an IoT Development.

Does it make life more convenient or is it too difficult to use?

Some people want all the new tech no matter what. Most consumers just want to make life a little easier. They don’t care about having a connected home. They care about products and services that will improve their home or save them time and effort. Nest created a product called the Protect that allowed you to wave off a smoke alarm set while you were cooking. They later recalled hundreds of thousands of the devices after learning they were a risk. Patches, updates, backups, security — the more devices we have that require all this maintenance, the more we are going to struggle to manage them. All of these options mean making more decisions. At some point, consumers will become overwhelmed.

Is it solving a problem?

Is your product another version of something already out there or is it new? If the latter, is it really solving a problem? Do not expect “if you build it, they will buy.” The Pavlok wristband administers an electric shock to help train away bad behavior. While some claim excellent results, others are scratching their head, wondering why you’d pay to be shocked. Often an idea for a device comes from a “we need this,” attitude. But what about the end user? How would someone take that device and use it in their home? You might tell consumers to do one thing, but chances are, they’ll mold the device to their own purpose. (Kleenex was originally invented as a disposable cleaning cloth.)

Wearable devices bring with them many problems around size and fit. Is the device going to fit a child, a baby, or an adult? Is that adult small, medium, large, or extra large? How does that translate into his or her wrist size? Height? Will the device clip? Does it have another way of attaching? You must think about both male and female preferences here, too. Women may not have pockets in some of their clothes, while men may not want to carry truckloads of stuff in their few pockets. Some people dislike putting pins through their clothes. The Lumo Lift posture coach uses a magnet to attach, but what happens when that magnet falls off? The problem with some IoT devices is that they don’t look good. One might cast this as an unimportant detail. After all, the device itself is functional, provides a useful service people are asking for, and works amazingly well. Why would people care what it looks like? One design blogger made an effort to find “fashionable” jewelry style tech to wear and received mostly negative reactions to her new accessories. What we wear, even if it’s a device, relates to our sense of self. Fitbit now offers different colored wristbands you can change out, for example. Apple products rarely forget to think about the appearance of something. The sleekness and “cool” factor have many clamoring for the newest. Although some are defending the belt clip holster for your cell phone, many shy away from them, fearing the “dork” label that goes with them, and at least one men’s fashion blog labels them as a no-no.

Does it play nice with others?

As consumers buy more IoT products for their home, they are likely to discover conflicts — especially because most devices are made with their own proprietary software instead of an industry standard. Thus, your smart fridge can’t talk to your smart coffee maker or toaster. While this might not matter now, the typical family home will contain as many as 500 networked devices by 2020. Is a consumer getting an alert from each of those devices?

Is the device prepared for the future?

Before smartphones, the idea of “pinch and zoom” never existed. With VR coming into our lives, we can now wave our hands to make things happen. Alexa and Google Home have made voice requests more normal. Is your device ready for the changing ways we might interact with it?

Are you stuck on how to build IoT device, contact us for help making it work.

Aspects of Design to Starting an IoT Development.