How Graphic and Web Design Undoubtedly Go Hand In Hand 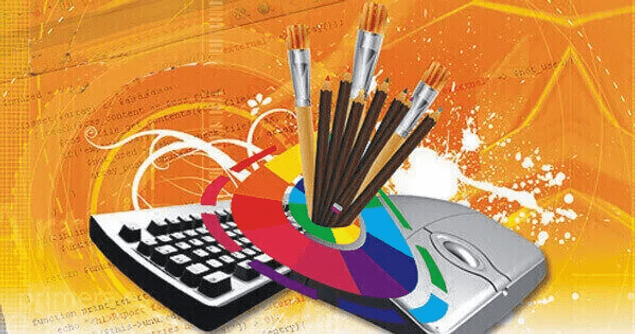 Graphic and web design are undeniably close cousins, but few graphic designers realize how much web design can improve their sense of aesthetic. There are levels of artistry and practicality to each genre, from pure artistic to product to web design. Graphic design is somewhere in the middle of all that, being that it can be very practical in the way that a color was chosen because it has the intended effect on the audience, etc. But it can also be quite instinctual and artistic, where the product produced is more of a work of art than something off a an assembly line.

Web design is further down the practical side of the design spectrum, being that no-one ever creates and codes a website because of their artistic instincts. Having to rely on HTML to be the arching support makes web designers fine tune their work, to cut down the extra flash and fat. Web design requires thinking more about how the product is going to react to a browser, how long it’s going to take to code, and how it’s going to maintain. What makes it different in that web design is often a living design that continues to require work and tuning as styles change.

To use a cooking analogy, graphic design can be if someone asked you to cook a good Italian meal for about ten people. Doable, certainly, doesn’t require that much stress. Web design is needing to cook a good Italian meal in a small kitchen, with only certain pots and pans to use, for one hundred people who all have different food allergies. It requires much more thought and input than the other meal, but it’s also a bit more fun, since its such a challenge. And while cooking a good meal requires plenty of skill, cooking a good meal under all those limitations requires more honed skills, which is what graphic design is to web design.

Many graphic designers have web design experience without even knowing it. My first HTML and CSS class had only a handful of designers in it. Most were IT, communications, and programming majors. We were all pretty equally balanced in that we knew design and they knew coding, so it evened out. Once we got past having to learn how to code HTML and CSS the design aspect became fascinating and very similar to some of the things we had done before.

Typography in particular is interesting in the difference between typography in web design and typography is graphic design. Both share similarities in that they work within size limitations and style limitations. But in graphic design unless there are specific type families that wouldn’t work (or were just plain terrible and no designer worth their salt would use them) the field of typography is open for pickings. Web design has so much more restrictions in finding fonts that would work on the web. Google Fonts is a lifesaver but it can only do so much.

One aspect that young designers have issues with is inputting their work from paper into it’s actual form. It’s a little easier when the graphic design standpoint. Photoshop can hide a multitude of sins and makes everything a little easier. Web design is a whole other beast. A designer can have what they think is the most beautiful sketch in the world and be certain it’s going to make a kick-ass website. But as soon as they start to try and implement it everything starts going south. Personally, I think that most web designers should have some small idea of how coding works, if they’re not coding the product themselves. That way they don’t devote themselves to a design that works great on paper but not in the actuality. This also helps if they have a separate coder. No-one likes being told that their product is actually impossible to implement because they didn’t know what they were asking for.

Web design can also be more rewarding than graphic design in some ways. In graphic design, or print design especially, there are a multitude of steps to get to the finished product. And there’s never a 100% chance that what you see on your screen is what you’re going to get. That’s why color companies such as Pantone are so important (and can make so much money). I’ve had a few products myself that were beautiful on screen but when printed came off dull and lifeless, or even completely wrong. If you have to reprint multiple times it can get expensive and extremely frustrating. Which is why web design can seem like a breath of fresh air. You make changes in the HTML, preview it in different browsers, and can see what the finished product looks like. Of course, there’s always changes that can happen with browsers and viewing sizes especially is you’re working with a responsive design, but overall the finished product is there. It makes it all that much more rewarding (and much less expensive).

Web design requires graphic designers to use everything they’ve learned and more. You have to hone your skills and not let yourself be married to one particular design. You also have to be willing to tweak something for hours on end just to make a few small changes. In the end, I believe that graphic designers and web designers that cross streams are ultimately better designers overall, and at least have a better appreciation for how the other side lives.