Evolution of E-Payment Systems: How Technology Changed the Way We Exchange for Goods & Services 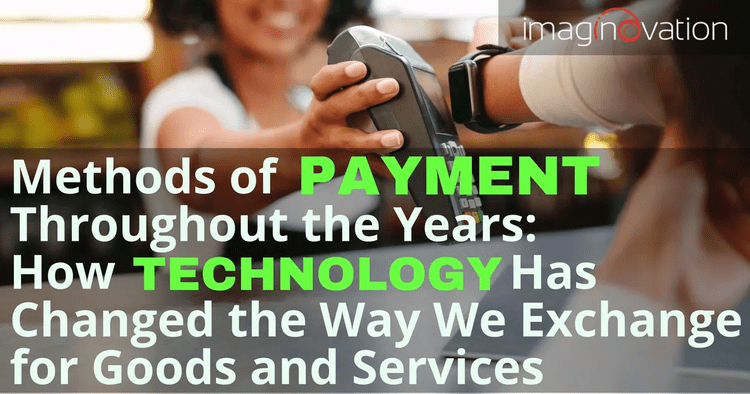 You might not think twice about swiping a piece of plastic to pay for your groceries, but your parents were far more likely to write a check. Your grandparents probably handed over cash. Today, with evolution of electronic payment system you have those choices and more: the option to wave your phone or wearable device and pay in just a few seconds.

Technology has drastically changed our methods of payments in some ways. But while we expand our options for paying — cash, check, charge, Apple pay — we still haven’t given up old ones. Will the age of electronic payment finally rid us of checks and cash?

Evolution of Money From Older Time Till Now

Bartering was the first way humans exchanged goods and services, giving people the first opportunity to get things they needed but couldn’t make, grow, or do themselves. Cattle were the first form of “currency”, starting in 9,000 B.C. (and still used today). With bartering, you can only trade something you have for what the other person can offer. By using something to symbolize the trade, such as a cow, you can spend your item somewhere else, expanding your trading options and partners.

A few other historical payment highlights include:

The concept of a credit card has been around for longer than one might guess. An early mention came in 1888, in a book about a time traveler, though its use was more similar to today’s debit card. Although stores and eateries have kept tabs for customers for years in ledgers, this approach began causing problems for department stores, who began to issue cards with a name and sometimes a number for each patron. A Charga-plate came along in the 1950s, giving stores a way to record the imprint of someone’s credit card number.

The Diner’s Club in 1950 was the first credit card that could be used anywhere instead of a single store or shop brand. The first plastic card was issued by American Express in 1959, and IBM invented the magnetic stripe in 1960. The chip, created to reduce fraud, emerged in Europe decades ago, but only recently arrived in the U.S.

Even with these new credit cards, checks became more popular; the number of checks issued and written increased steadily until 1995, when it peaked at 49.5 billion. And although cryptocurrency arrived in 2009, it’s not experiencing mass adoption.

In 2004, Apple introduced Apple Pay™, a cardless paying system that gives users a way to pay with their phones. Large companies followed suit, and today you have Samsung Pay, Google Pay (a combination of Android Pay and Google Wallet), and more coming on board. You can preload credit and debit cards as well as gift card and store discount cards.

With so many options for paying, it’s easy to speculate that a few of our older systems might disappear. After all, your paycheck arrives via direct deposit. You can send your friend money via Venmo or Paypal and wave your phone at Target to buy stuff or type in your credit card online. Even the U.S. government stopped sending checks in 2013 for Social Security recipients, now sending money electronically.

Yet, 3 percent of Americans still prefer to write paper checks (though they use cash more often). One might assume it’s only older people who prefer checks and that the approach will eventually pass. But American businesses still pay 50 percent of their bills by check, too.

Studies show electronic payments and credit cards (with chips) are far more secure. As one article puts it, “The 2004 passage of the Check 21 Act (which allows banks to take pictures of checks and move them electronically) and the convenience of mobile banking check deposit apps have probably contributed to keeping checks alive.”

Most people born in the last 20 years don’t even know how to write a check, and many experts agree checks will probably phase out eventually (but not that soon). Cash, though, is another story. Although attempts have been made to ditch paper money for drug and crime reasons, even cryptocurrency users argue it’ll be centuries before we eradicate cash.

Instead of speculating on our old methods, we’re more curious about the new. Instead of waving our phones at checkout, we will just leave the store, as with Amazon’s Go? Or we will implant chips into our hands as our new smartphone devices, holding everything from our medical history to our credit cards?

We’re excited to create new technologies for the everyday things we do in life. Talk to us about your project.

Evolution of Money From Older Time Till Now