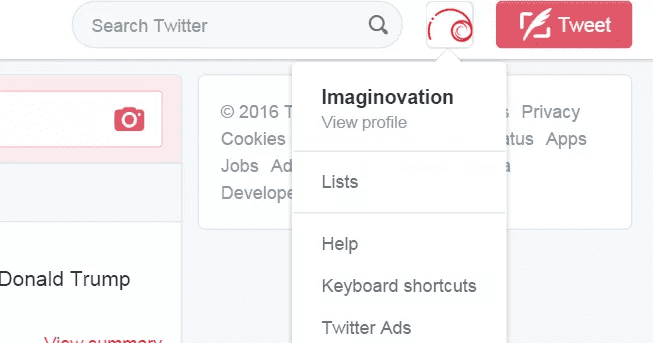 Twitter is a fast-paced platform for interaction, but unfortunately if you just use Twitter “out of the box” without digging into the special features, you’re going to find yourself lost. The Twitter feed can be quite the milieu. Twitter lists are a perfect way to organize your feed to make sure you are seeing the tweets you want to see.

Think of a Twitter list as a mini news feed within Twitter. A list allows you to target a specific demographic of users based on whatever criteria you set, then to go directly to that list to become informed from and engage with those users.

Creating a Twitter list in amazingly simple. Check the dropdown menu on your profile icon at the top right of your Twitter screen, where you’ll find a link to the lists page. Or you can go to the front page of your own profile and click the “lists” tile to the right of your “likes” tile. Once there, you’ll see two headings – “Subscribed To” and “Member Of.” Then on the right you’ll see a button for “create lists.” You’ll have the option to name the list and to give it a quick description. Once you’ve created it, you’ll be able to add and remove people from that list. Adding and removing is simple as well. All you have to do is to click on the gear icon on a profile or in a list of users and click the “add to list” button. Then use the check-boxes to add them to a list. There is no save button or anything to do to confirm that you’ve added them. To remove someone from a list, click their gear icon once more, go to lists, and uncheck the box. It’s marvelously simple.

The most challenging aspect of subscribing to Twitter lists is finding them!

The first place to find lists is to go to the “lists” tab on any user’s page and find the list you want to start following. Be aware that not everyone utilizes this amazing functionality, so you won’t find the lists tab on every profile that you see – it just disappears if a user doesn’t have any public lists. Once you have found one that you want to start following, click on the title of the list where you’ll be taken to its main page. On the left side of the screen you’ll see a button that allows you to subscribe. You’ll also be able to find the other lists that a user has created by clicking on the side of the list’s main page.

If someone adds you to a Twitter list, that’s a good thing! It means that they are interested in finding your content amid the noise on Twitter. Savvy Twitter users create a wide variety of lists to help them navigate their feed more effectively, so if you’re being added to lists then it means that the people you’re interacting with on Twitter are using the platform in smart ways.

Pay attention to the lists that you’re on. Just go to your lists homepage to find out which lists if any you’ve been added to – they’ll be under the tab that says “Member Of.” You’ll also get a notification when someone adds you to a list on Twitter.

Remember that you can be on lists of people who don’t follow you, so this can be a good place to find out ways that people might be interacting with your information that you don’t even realize.

Twitter lists are useful primarily because they let you sift through the deluge of Twitter info much more quickly and easily than if you just stick to your Twitter feed or to hashtags.

An organized social media experience is a useful social media experience. One of the serious downsides of social media is that so much time gets wasted in trying to figure out which information is relevant or useful. Twitter lists are a perfect hack for people who don’t want to spend all day reading through an avalanche of tweets that may not be useful to them.

The other useful aspect about Twitter lists is that you can see the tweets of people that you don’t follow. This effectively widens your network without cluttering up your main feed. Twitter lists are perfectly suited for following news sites, celebrities or informational feeds that you might not want to see all of the time but are still of interest to you.

Twitter lists save your time and brainspace. Most importantly, they allow you to stay on top of the information and interactions that are relevant to you and your business.