Cell Phone Risks: We are All Tied to Mobile Devices, Who’s Serving Whom? 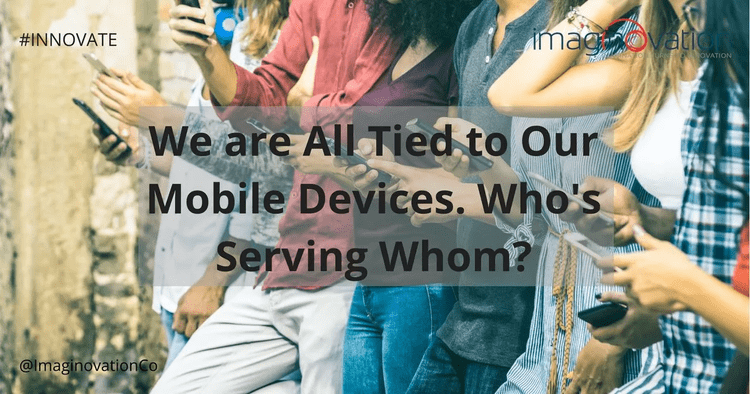 Smartphones are useful tools, giving us ways to manage our schedules, whip out a calculator, or inform us of the day’s weather and news.

Risks of Cell Phone Over Physical and Mental Health

New research indicates we might have a problem “Are Cell Phones Safe?”. Whether it’s a smartphone or not, these devices pose several dangers, both physical and mental. Also, the cell phone security risks remain as well.

First, wandering around with your face in a device means you’re not paying attention to the world around you. According to the Centers for Disease Control and Prevention (CDC), phone use is partially to blame for the distracted driving, which kills around nine people each day. Pew reports that nearly half of U.S. adults admit reading or sending a text message while driving. The National Safety Council (NSC) says 26 percent of car accidents are caused by cell phone use. Pedestrians are also struggling, with many walking into a “Don’t Walk” crosswalk due to device distraction.

The light emitting from our devices has also been linked to struggles with sleep, interfering with our melatonin production. And you may have heard of text neck, that pain you get from the poor posture most of us adopt while reading our phones.

Cell phones themselves are often blamed for an increase in brain cancer rates, though many studies show no such correlation. That didn’t stop California from issuing guidelines around cell phone use, encouraging people to text more than talk. (Read more on how to reduce your radiation exposure).

Mental health is an increasing concern. Of smartphone owners, 46 percent said they “couldn’t live without” the device and it’s often the first thing people grab upon waking up. A study released in 2016 by a researcher at the University of Illinois found mobile devices linked to depression. “People who self-described as having really addictive-style behaviors toward the Internet and cellphones scored much higher on depression and anxiety scales,” the researcher said. While he concedes more study is needed, other recent studies are demonstrating that it might be possible to be addicted to your smartphone.

Nomophobia is the new term for this, meaning “NO MOBILE PHONE PHOBIA.” There is even an online quiz to help you determine if you suffer from this problem. One small study indicates this addiction might lower executive functions, making it harder for people to focus on one task for long.

Some note that technology is changing our ability to empathize, making it harder for us to read facial expressions. We also have far less downtime to connect with our thoughts without the phone as a distraction. Phones might even be making us more rude, with most of us using them during events, movies, or at church — and even the bathroom. (Ew.)

It’s not just our health causing concern. As more of us rely on devices to manage our money, shop online, and control our homes, we run the risk of identity theft and other security problems. Many of these risks are linked to newer IoT devices, though manufacturers are beginning to make changes to make such things more secure.

Smartphones aren’t all bad. For some people, it’s the only or primary way to access the Internet. According to Pew, 12 percent of U.S. adults were “smartphone-only” internet users in 2016. “One-in-five adults whose annual household income falls below $30,000 are smartphone-only internet users, compared with only 4 percent of those living in households earning $100,000 or more.”

These devices might also be useful in protecting our health. Many people rely on smartphone apps and Fitbit or similar devices to make sure they reach 10,000 steps per day. Smartphone apps can also help you count your calorie intake and discover whether you are getting enough sleep. Researchers are also working on ways for our devices to warn of depression or monitor those with bipolar disorder.

A smartphone is a tool. Whether your device controls you or not depends on how you use it. Researchers say even those who are truly addicted have benefited from therapy and once that treatment is complete, brain scans show an improved cognitive function. For the rest of us, the key is to take a break. Health experts recommend turning the phone off during meetings, during family dinners, and at night, at least an hour before you go to sleep. Make time to turn off your phone or put it away for social interactions with friends and family. That way, your device becomes a tool that serves you, not the other way around.

Risks of Cell Phone Over Physical and Mental Health