Dust App Review: What I Learned During My first 24 Hours on Cyber Dust (Now known as DUST) 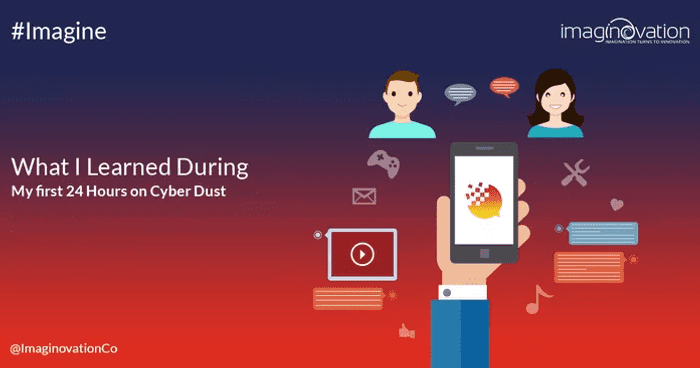 I first heard rumblings about Cyber Dust via Twitter, but apparently, it also has its own series.

The brainchild of Mark Cuban, Cyber Dust App aims to be “the most personal communication platform ever”.

What does this mean?

According to their website, this means fully encrypted messages that never hit a hard drive. Once they are gone, they are gone forever. The website claims they cannot even be screen-captured!

What is Dust App?

Formerly called Cyber Dust, it is a private messaging app that uses end-to-end encryption for secure communication. It’s much like Snapchat.

According to their website, “You can erase your messages off other people’s phones. No messages are permanently stored on phones or servers. Messages are heavily encrypted and not accessible to anyone, even us.”

It seems that Dust is trying to build a communication platform with enhanced privacy and security features.

Dusts, Blasts, and Groups – How Does Dust App Work?

I downloaded the app (it’s available on iOS, Android and Windows) created an account and set to exploring. You can add a short description of yourself along with a website. The first thing I did was see if any of my friends were using it.

The app will search the contacts in your phone. Unfortunately, I didn’t have any current contacts using Cyber Dust or Dust app. It made playing with the app a little difficult, but I pressed on and watched the tutorial so I could learn the basics.

At its core, this is a messaging app. You can send private messages called “Dusts” to your contacts.

It’s pretty standard – your keyboard pops up and you can write a message. Cyber Dust (Dust) also has its own sets of emojis, including business monkeys, silly monkeys, cats, and food items.

You can also send “Blasts”, which are messages sent to a group of people but read privately. Groups are exactly that – group chats.

Admittedly, I didn’t see anything too mind-blowing at this point. I’ve used plenty of messaging platforms and this one didn’t seem too different, though the user interface is impressive.

I apparently had no friends on this platform, so I tapped the Discover button (another Snapchat-ish feature).

The Chatters tab features individuals that are open to “Dusting” with you about various topics.

I followed a few of the featured companies including +_smallbusinesstrends, +_forbes, and +_ycombinator.

It didn’t take long for me to receive my first blast. How exciting! The blast I received was from +_smallbusinesstrends and it contained a title, summary, and link to an article: 21 Days Gives Insights into LinkedIn Success.

I tried to screencap this, when I tried, I received this message:

This is distinctly NOT Snapchat-ish!

Once I tapped on the link, I was taken to a browser that opened up to the article on the Small Business Trends website. I was able to screencap that.

I received a number of blasts from the other companies that I followed. Most were articles but some were videos as well.

I tried out the Blast function myself. A Text Blast is simply a message, but you can tag other users and include links. A Media Blast allows you to add a photo or a video to a blast.

For individuals, the clear benefit of Cyber Dust lies in its privacy. I can’t think of any other social or messaging platform that contains the same privacy features as Cyber Dust.

However, since Dusts disappear after 24 hours if they aren’t read, it’s difficult to imagine individuals using Cyber Dust as their main communication platform.

For businesses, Cyber Dust provides a platform for reaching your audience in real-time. If a Cyber Duster is following you (and they have their notifications turned on), you can send them links to your latest blogs, photos, and videos instantly!

You can see how many Cyber Dusters viewed your Blast by tapping My Blasts.

The confidentiality aspect lends well to customer service for industries that demand privacy, but the disappearing Dusts might make it a challenge. Customers wouldn’t be able to refer to your messages again, which could make for a lot back and forth “Dusting”.

Cyber Dust is still in its early phases, so the reach businesses are looking for may not be there yet. According to the Google Play Store, the app has had 100,000+ downloads and I would venture to guess that most are early adopters that may or may not stick with the app long-term.

We are an award-winning web and mobile app development company with vast experience in building mobile applications, web applications, and emerging technologies such as AI, IoT, and blockchain.

We work with funded startups to fortune 500 companies to build innovative solutions. Get in touch with us to discuss ways to scale up your healthcare startup through a strategic partnership.

What is Dust App?

Dusts, Blasts, and Groups – How Does Dust App Work?